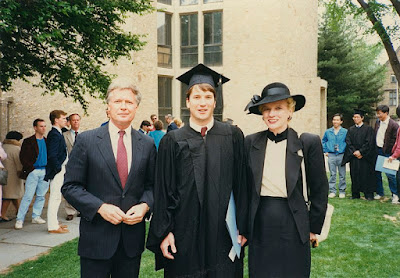 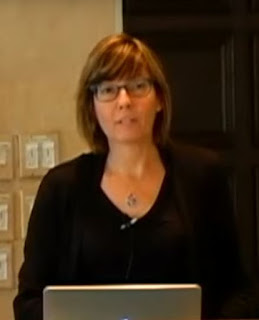 I am going to use this post to copy quotes that have attracted my attention.

"I don't know what's the matter with people: they don't learn by understanding: they learn by some other way - by rote, or something. Their knowledge is so fragile!" (p. 44).

"People often think I'm a faker, but I'm usually honest, in a certain way - in such a way that nobody believes me" (p. 48)

"So everybody is disagreeing, all around the table. I am surprised and disturbed that Compton doesn't repeat and emphasize his point. Finally, at the end, Tolman, who is the chairman, would say "well, having heard all these arguments, I guess it's true that Compton's argument is the best of all, and now we have to go ahead" (p. 128)

"The problem with playing a trick on a highly intelligent man like Mr. Teller is that the time it takes him to figure out from the moment that the sees there is something wrong till heunderstands exactly what happened is too damn small to give you any pleasure" (p. 140)

After criticizing an idea by Niels Bohr, much older and respected physicist then:

"He (the Japanese scientists explaining physiscal stuff) thinks I'm following the steps mathematically, but that's not what I'm doing. I have the specific, physical example of what he's trying to analyze, and I know from instinct and experience the properties of the damn thing. So, when the equation says it should behave so-and-so, and I know that's the wrong way around, I jump up and say, "Wait! There's a mistale!"" (p. 281)

"I'll never make that mistake again, reading the experts' opinions. Of course, you only live one life, and ou make all your mistakes, and learn what not to do, and that's the end of you" (p. 293)

"The (drawing) teacher doesn't want to push you in some particular direction. So the drawing teacher has this problem of communicating how to draw by osmosis and not by instruction, while the physics teacher has the problem of always teaching techniques, rather than the spirit, of how to go about solving physics problems" (p. 302)

"I understood that to sell a drawing is not to make money, but to make sure that it's in the home of someone who really wants it, someone who would feel bad if they didn't have it." (p. 306)

He said, "You see, I'm a stenotypist, and I type everything that is said here. Now, when the other fellas talk, I type what they say, but I don't understand what they's saying. But evey time you get up to ask a question or to say something, I understand excatly what you mean - what the question is, and what you're saying - so I thought you can't be a professor" (p. 320)

"There were a lot of fools at that conference - pompous fools- and pompous fools drive me up the wall. Ordinary fools are all right, you can talk to them, and try to help them out. But pompous fools - guys who are fools and are covering it all over and impressing people as to how wonderfyl they are with all this hocus popus - THAT I CANNOT STAND! An ordinary fool is not a faker, an honest fool is all right. But a dishonest fool is terrible!" (pp. 323-324)

(Danish princess at the Nobel ceremony)

"It's nice that I got some money - I was able to buy a beach house - but, altogether, I think it would have been much nicer not to have had the Prize-because you never, any longer, can be taken straightforwardly in any public situation" (p. 352)

"When you have put a lot of ideas together to make an elaborate theory, you want to make sure, when explaining what it fits, that those things it fits are not just the things that gave you the idea for the theory; but that the finished theory makes something else come out right, in addition" (p. 385)

"The first principle is that you must not fool yourself - and you are the easiest person to fool. So you have to be very careful about that. after you've not fooled yourself, it's easy not to fool other scientists. You just have to be honest in a conventional way after that" (p. 387)