Social Psychology of the coronavirus: Will flies save us?

This is the English of version of the post originally published in French. I translated this following a suggestion by my colleague Steve Reicher, whose work very much influenced the content of this post. My apologies for the remaining errors (see correction at the end of the piece). 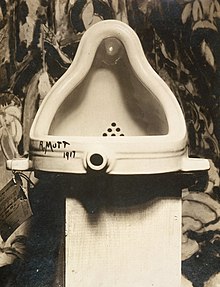 
In urinals, not all men are as accurate as they could be, which often results in unsightly overflows that are costly to clean up. To overcome this problem, some urinal designers have come up with the clever idea of depicting a fly near the opening. Suddenly, users turn into William Tell and the task of cleaning is greatly reduced. The "fly in the urinal" is in fact an illustration of a subtle technique of psychological manipulation, known as a "nudge". This is a change in the environment that makes certain choices easier or more convenient, without providing any kind of reward. Other examples include offering fruit rather than sweets at the supermarket checkout to encourage fibre consumption, or limiting the number of elevators in a building to encourage the use of stairs...

Based on this concept, the very popular nudge theory was developed by behavioural economist Richard Thaler (who later won the Nobel Prize in Economics) and legal theorist Cass Susstein, both Americans. This psychological (or more pompously, "behavioural economics") theory  became very popular in the United Kingdom, where the Cameron government created a "nudge unit" (or "behavioural insights team"), whose function was to propose strategies that would make it possible to influence citizens' behaviour in a way that was considered desirable: for example, members of the "nudge unit" modified tax forms so that people were more likely to fill them out correctly and return them.

The reason I am writing about this today is because the Johnson government decided to call on researchers in psychology and behavioural sciences, including the behavioural insights team, for measures to combat the coronavirus. The UK is home to some of the world's leading experts in the study of human behaviour in emergency situations (I have already had the opportunity to discuss their work in this post). Yet it has chosen to follow only the recommendations of "nudgologists", which differ radically from the advice of other specialists.

According to this piece, the Johnson team will rely on nudge theory to fight the virus. According to the scientists advising Johnson, it would be too early to introduce social distancing measures: citizens would get tired and would no longer apply them at the time (the peak of the epidemic) when they are most useful. It is remarkable that Johnson is using psychological theory to develop his public health policy at a time when it is facing its most acute crisis!  (whereas, for example, at the university where I teach, there is no professor of psychology in the School of Public Health).

I am the first to welcome the interest of governments in psychological theories, but in this case I am very sceptical about the exclusive reliance on a "nudging" approach.

First of all, as I pointed out in a previous post, I am convinced by the arguments of those who say that radical measures of "social distance" (even if the term is inappropriate: we may need physical distance but social proximity is crucial!) must be taken early on to curb the epidemic. While this has little to do with psychology, this advice is based on the simple mathematical reality of the spread of the epidemic (without preventive measures, each person spreads the virus to three others, resulting in a doubling of the number of cases every six days).

Does this mean that nudges are useless? No...but their effects are limited: whether we like it or not, we have not yet found how to massively change the hygiene behaviour of an entire population. In studies on nudges, their effect is usually counted in a few percent: for example, in the area of food consumption, a meta-nalysis shows that nudges increase "healthy" behaviour by 15%. This is remarkable enough to be "statistically significant" (and therefore publishable), but the point here is not to show that the effect is not due to chance: the point is to ensure that it is general.

If we apply the logic of nudge theory, we will have to modify people's environment in such a way that "beneficial" behaviour is the most natural "default" choice (this can be done by adding disinfectant dispensers, placing messages encouraging people to wash their hands, etc.). This approach therefore involves manipulating individuals to adopt the right attitudes. By default, these would be irrational and inappropriate. It is by modifying the natural, thoughtless, behaviour of individuals that we can help them adopt the right attitudes. Or to put it another way: you have to make people rational in spite of themselves. This approach sees the public as intellectually limited, incapable of self-discipline, and above all implies a fundamental asymmetry between leaders and citizens. In this sense, it joins the classic "crowd psychology" approach discussed in a previous post. At worst, such asymmetry is the ideal recipe for creating a sense of distrust towards the public, which is disastrous in emergency situations.

But what is most important, it seems to me, is a collective awareness of the need to face the Covid-19 together. We must avoid shaking hands, not because we have found a "nudge" to avoid this social automatism, but because we are well aware that, in doing so, we are endangering our community. The "radical" measures taken by the Belgian Government are in line with this logic: politicians, and in particular the Prime Minister, have constantly stressed the need for solidarity, the idea that we all share a common destiny. Although she deplored the selfishness of some "pasta looters", she placed her bets on discipline, solidarity and the "sense of community" of Belgian citizens, who are able to understand the need for these measures despite the costs they impose on them. As I mentioned earlier, in an emergency situation, people are able to cooperate effectively if they see the emergency as a challenge to a community with wish they shared a common identity (see in this respect this article, written by two leading British social psychologists, applying this analysis to the coronavirus epidemics).

The two approaches are based on radically different philosophies: While "nudges" leave the individual free to choose, they are based on a rather pessimistic view of the individual (irrational, unwittingly influenced by his or her environment). On the contrary, the imposition of "Belgian-style" social distancing measures (I would not say the same of the Chinese method) limits the choices we can make but bets on our ability to prioritise the common interest.

Note that Belgian health policy has also relied on broadcasting messages about hand washing/not kissing, etc. These can also be considered as nudges. It is only one aspect of its policy, and not the central one.

In short, in my opinion, at this stage, nudges can be a complementary measure but not the backbone of a public health policy.

Richard Thaler admits it himself in a tweet posted today:

"No nudging will not solve the problem. In the US we need testing most of all. But it can help. Don’t shake hands. Wash them instead." https://t.co/Vn7Ic9gy8K


Flies are nice, but it's not enough.

Correction on March 14 at 6:20 PM: I wrote this piece (initially in French) after seeing the following piece, which suggested that nudge theory was the basis of Johnson' corronavirus policy. However, after I published it, some colleagues have pointed out that it overstates the role of nudge theory in the approach advocated by the Johnson governement. Thus, another theory advocated by the Nudge unit, "Herd Immunity" plays an important role as well. This theory suggests that most of the population needs to be infected by the virus to develop immunity. In this view, it is acceptable to let the virus spread in the least vulnerable populations but one should protect the most vulnerable ones, where one should contain it. But how do you do this? My impression is that, to answer this question we are back to the opposition between nudges and the more collectively oriented approach I highlighted in the piece. The herd immunity approach poses problems of its own. I will address this in another blog post.